Our Music in Paris 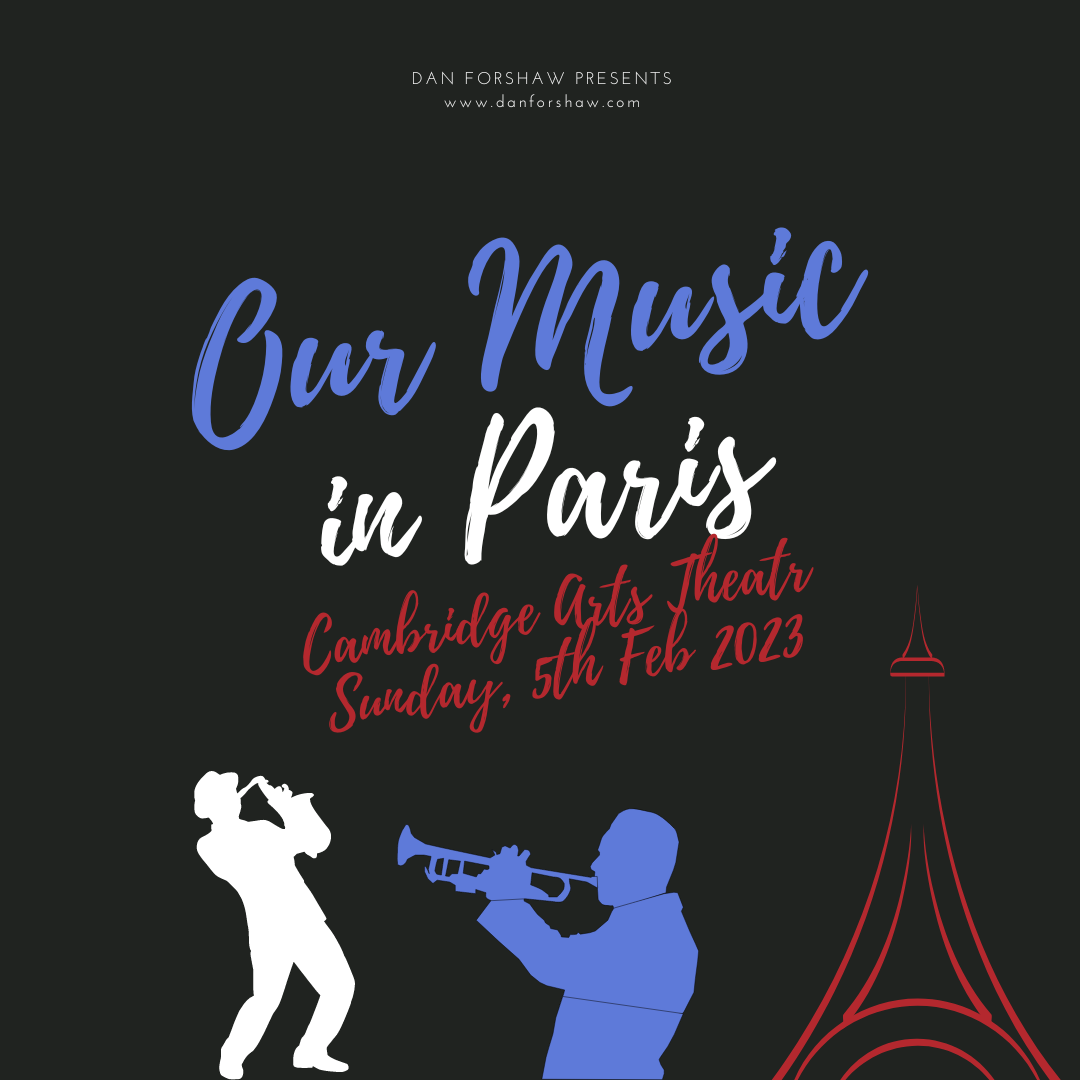 Our Music in Paris is my new project for 2023 that will transport you to the jazz clubs of post-war Paris, celebrating the creative freedom throughout the city and the wider European scene during the 20th century. After the war, Paris became a place of honour and inspiration for American jazz musicians, who often denied such creativity in their homeland.

Musicians such as Sidney Bechet, Bud Powell, Dexter Gordon and Miles Davis inspired local musicians to create a vibrant jazz scene. Our Music in Paris is led by award-winning saxophonist Dan Forshaw alongside a world-class band of musicians – an unmissable evening of jazz.